How To: Camouflage Nails Tutorial

Yesterday I described OPI Stranger Tides as a "pale camo, murky sage". The camo description was the inspiration for this nail. 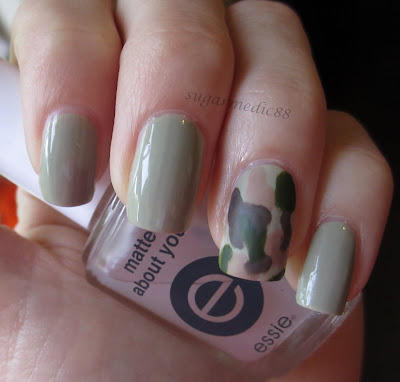 My first attempt I wasn't happy with, and you can see the end result and the steps leading up to it at the bottom. If the first part of this post isn't your thing, maybe you'd like how I did it in the second part.

Obviously very simple. I started with the lightest color and ended with the darkest so I wasn't trying to put light over dark. This is how it progressed after each added color: 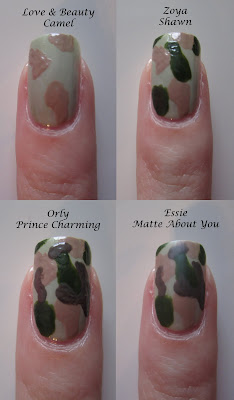 I think I put the top coat on too soon, because it did smudge a tiny bit. It's noticeable in the photos, but not noticeable at all in real life. 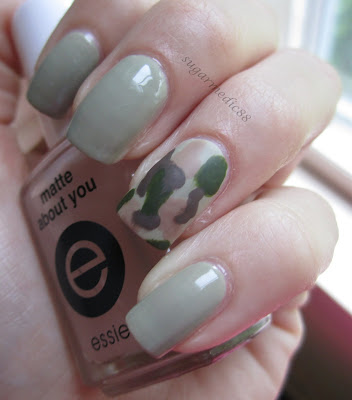 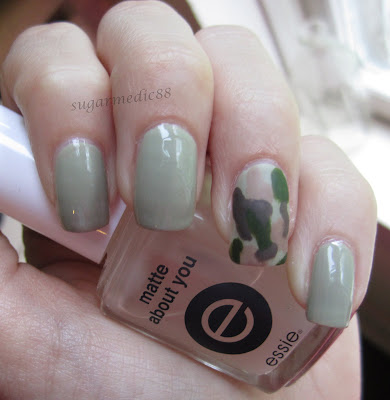 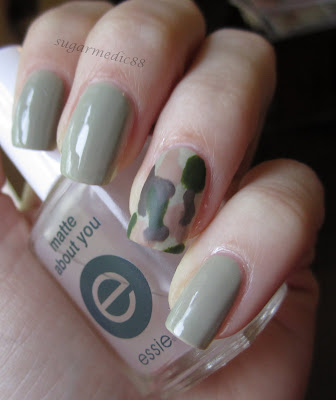 If you don't like it matte, I added a clear top coat to it to see what it looks like shiny: 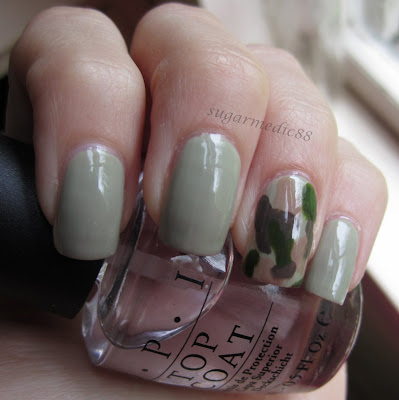 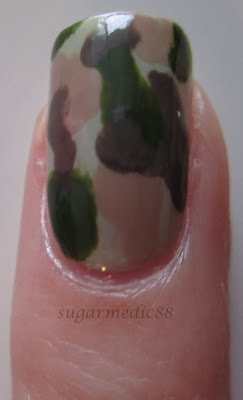 This was my first attempt. 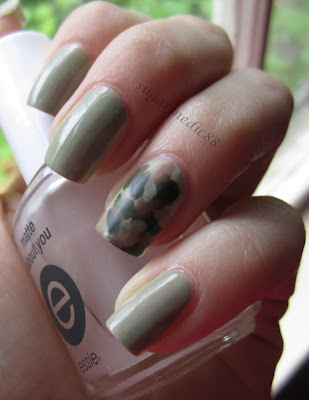 So as I'm creating this post, I've already taken off that camo nail, repainted with Strange Tides, and I'm waiting for it to dry. As I look at the photo, it doesn't look that bad, actually.

Ultimately, I didn't like it because it wasn't abstract enough. I thought it ended up looking a little too busy. In hindsight, I should've stopped with just the three colors and added a little more Shawn and been done. But instead, I continued with Enchanted Forest, which blended too easily with Shawn. Then I used Prince Charming, which really made it look messy, and to try to offset that, I added more Stranger Tides. I shoulda quit while I was ahead and it was simple. But if you're curious about the steps I did for this nail (maybe you like it?), here's a quick run through. Sorry some photos are somewhat blurry. After Enchanted Forest I knew it was going down hill and didn't concentrate too much on taking nice photos. And you can see that the polish looks chunky throughout the process, but once Matte About You was added, it evens everything out. 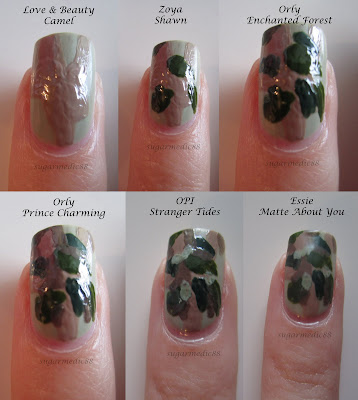 Sam
You can read more about me on my About Me page!! Email Me At: sugarmedic88@yahoo.com

My Current Most Popular Posts